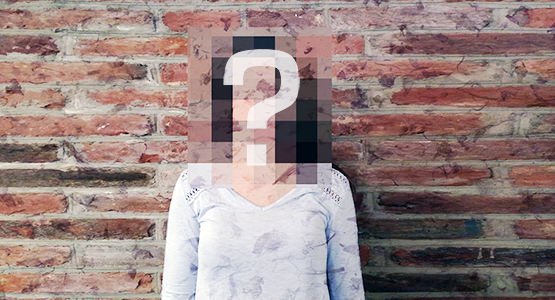 The literary world is pondering the disclosure in the US and abroad, in four languages, that the books by internationally celebrated author Elena Ferrante, most noted for her quartet of novels (2011–2014) set in Naples, Italy, may have been written by her translator, Anita Raja. The daughter of Jewish refugees, Raja is married to an Italian author from Naples. This revelation was reported by Claudio Gatti, an investigative reporter for the Italian newspaper, Il Sole 24 Ore, and the disclosure has set off a debate about the propriety of invading the privacy of Ferrante-Raja. The popular Ferrante novels were published by Edizione e/o in Italy and by Europa in the US, and they became an international success in 40 countries.

The Ferrante debate reopens the question of the propriety of pseudonymity, a subject I wrote about for AWP in 2014, when my novel was published under a pseudonym, not because I wished to hide my authorship, but because I wanted to separate the audiences for my fiction and nonfiction writing. In fact pseudonymity has a long a respected history in literature and in politics, the Federalist Papers being the most famous example. Historic authors, and modern ones, commonly use pseudonyms. Often the authors’ true identities are known.

There is a difference, I would argue, between pseudonymity in fiction and in nonfiction, the latter bearing an element of truth in selling. When one writes from their imagination, there is less, if any, moral element to disguising authorship. In nonfiction, in contrast, it is relevant to disclose an author’s identity, or at least not to disguise it. A book about the FDR presidency, to use a hypothetical example, that disguised the fact that a relative of FDR was the author would be subject to the charge of ethical or moral wrongdoing.

Ferrante-Raja and some of her protectors argue that she wished to forgo credit for her work in order to preserve her privacy. She didn’t want her “self” to be measured by her writings, she claimed, and argued she should be allowed that reserve of her personality. For a quarter of a century she did, while her literary success grew internationally. Her pseudonym was, she protests, key to her creative process. But others claim that was not her right, only her idiosyncrasy.

In Europe, copyright law gives an author a moral right to ownership of his or her name, but that is not the case in the United States. The author’s moral right, Atlantic writer Nina Sundara Rajan argues, means that a pseudonym is “more than a veil; it is also an expression in its own right of authorial identity.” Ferrante-Raja claimed, “Ferrante is ‘13 letters, no more or less.’”

Can figures who work in the public arena, as writers do, control the public’s desire to know whose work they are reading? Celebrities often complain about the press which reports their every move, regardless of its relevance to their work as a sports or movie figure. The public argues that if you become a public figure for one reason you cannot draw lines sheltering what the same public wants to know about you. We are forever speculating whether Shakespeare, the most famous author, was truly the author of works attributed to him for centuries.

Ethics reporter Rebecca Freeman argues that “we engage with celebrities because we want to feel as if we have a special relationship with them. We want them to behave as if they were our friends, but we don’t always treat them as such.... We do not own someone else’s life because we choose to buy their product or follow their careers, nor do they owe us unlimited access.” True, but is knowing the name of an author demanding “unlimited access?” Raja thinks so, that being identified as Ferrante exposes her isolation and will interfere with the privacy she required for her successful writing.

Authors Guild president Roxana Robinson wrote in the Washington Post that readers have the right to know that an author is the writer of the book, but demanding more is being a voyeur as much as a reader. Authors should have the right to privacy and freedom from intrusion, the right not to be known, according to Claudio Gatti’s critics. But even the reclusive J.D. Salinger used his name while pursuing a hermit-like lifestyle. New Yorker writer Alexandra Schwartz makes the point that her readers’ lives are unknown to Ferrante, so why shouldn’t Ferrante have the same right vis-à-vis her readers. “We meet on an imaginative neutral ground,” Schwartz argues, that ought to allow an “artistic mystery” to exist between author and reader.

Gatti drew his conclusions from financial records of Raja and her husband. He defends his disclosure on the ground that Ferrante has written that she sometimes lies “to shield my person.” Literary critics and other experts had also used special techniques to analyze the linguistic characteristics of Ferrante’s work, and their conclusions confirm Gatti’s exhaustive investigations.

How will this debate affect the future work of Raja if she is, as Gatti says, the real Ferrante? Will her loss of privacy impinge on her artistic work in the future? That would be a loss to her broad international audience, and an argument for finding ways to assure writers the privacy they demand, if no public policy is involved. Is that possible?

Gatti argues, “Her books’ sensational success made the search for her identity inevitable.” Bottom line: in the current era of intrusion, when subjects are of wide public interest there are no secrets. Successful authors must realize that with their public success comes public curiosity about that success, and them.

Ronald Goldfarb is a Washington, DC attorney, author, and literary agent. He has been counsel for AWP and writes regularly for the Writer’s Chronicle.