The Source of Poetry 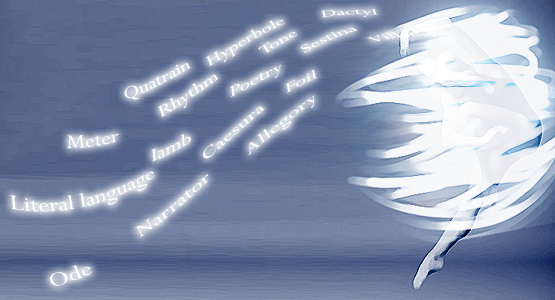 On the first day of graduate poetry workshop with Linda Gregg, I was surprised when she began class by talking about her daily practice of walking around her neighborhood (NYC’s East Village), and then went around the room so that each of us—by way of introduction—could share what we did for exercise. Though I don’t remember her exact words, the point was about how we poets must remember our status as physical bodies in a physical world if we are to connect with that world, and ourselves, in our writing. While surprised by the conversation as an entrée to the semester (in my four years of undergraduate poetry workshops and one semester of graduate workshop never had a teacher mentioned physical activity as part of the writing process), the point struck me immediately as being right. I had come to college originally as a dance major, and had been practicing various styles of yoga since the age of thirteen. I felt, but had never articulated before that day, the connection between my compulsion to move and my compulsion to write.

The first assignment Gregg gave us that semester was, for a week, to write down six things we saw each day, trying our best to notice the “luminosity” in the everyday and, through the plainness and clarity of our language, retain it. In class, we read our lists aloud and Gregg reacted to each item, sometimes with nothing more than a “Mmmmm…” or “keep going,” sometimes “No. This one is trying too hard” or “Yes, read that one again.” There seemed to be some sort of magic or divination at play: this was not the poetry workshop I was used to, and the rules were not only different, but also difficult to define. I had my doubts, as did some of my classmates. “How can she workshop what we see?” we wondered. But this wasn’t just a new way of writing or even seeing, it was a new way of living. Gregg’s weren’t assignments one could sit down and do at the last minute, or even in a designated hour of the day; we learned that we had to see more often to see what mattered, and we couldn’t just watch our books, our screens, slot in our writing time like a class or coffee date. Being a poet was, we learned, a full time job. I’ve now used this exercise in several workshops that I’ve taught, and though I try to make the method and goals more transparent than Gregg did, I find it to be a wonderfully useful practice for poets, as it invites them to be more present in their own lives.

Linda Gregg’s feedback methodology was almost entirely focused on global issues of impulse and resonance rather than on surface-level craft issues or line edits. Her operating assumption was that if we had written a poem, it was important to us, and therefore important that the poem be a full and deep expression of that importance, of the “source” of the poem’s making. She was more likely to praise a poem for its emotional depth and sincerity (or critique it for a lack of these) than to focus on elements like syntax or a misplaced line break. By the same token, however, the precision of the poem’s images and communication of some emotional or intellectual gesture were always integral to Gregg’s understanding of the poem’s project, so she would question the appropriateness and truthfulness of an image, a description, a setting, if it felt at all artificial or forced. Gregg is not who I’d go to for formal concerns regarding meter, syntax, or lineation, but I have returned to her again and again over the years to remember why I write poems in the first place. One of her mantras, which she got from Jack Gilbert and which I repeat to myself all the time is: “Don’t lose the poem.” Another: “Don’t be clever” (or “No tap-dancing”).

Gregg’s approach to poetry workshop includes an automatic and profound respect for every student present due to an assumed commonality of purpose: everyone in the room is there because she loves poetry and is dedicating her life to it. Therefore, the group is linked by a shared devotion and a common desire to grow as artists, to be challenged, to give themselves over to the student/teacher apprenticeship. This classroom atmosphere stands in stark contrast to the more familiar model of workshop that assumes a shared ambition toward publication and professionalization rather than a shared love of poetry’s beauty, mystery, and power. A common side effect of the latter model is also the assumption of a competitive (and somewhat Oedipal) atmosphere in which some young writers will “hack it” and others will not. The teacher is in the position, then, of defending his/her own status against the young, cocky newcomers, and the newcomers vie for position to find approval from and eventually replace their teacher.

The description I’ve offered here is extreme and dark, but isn’t far off from the psychological reality of many workshops I’ve been in. A valid counterargument to my distinction here is that Gregg’s approach could be naïve: not every student in a workshop has dedicated their lives to poetry, and it’s a safe assumption that most (if not all) students in graduate level workshops do have the expectation of publication and professionalization to some extent, at least. Isn’t it useful (and even necessary) for students to receive candid information about publication and the realities of “po-biz”? Yes, probably so. But I can imagine an argument that that kind of professional awareness and savviness isn’t necessary, or really useful, until the graduate level. Even then, couldn’t we keep those discussions more distinct from our writing workshops, perhaps in a “publication and professionalization” seminar? Putting some of our seemingly bottomless professional anxiety aside might free up new possibilities in workshop, allowing them to become more integrative with the concerns of poetry and art-making more broadly, and allowing us to think more deeply and openly about process, source material, and social purpose.

Another critique of Linda Gregg’s pedagogy is that her aesthetic is so firmly rooted in earnestness and plainness that she isn’t always receptive or attuned to styles and aesthetics that come from a different set of values, particularly contemporary styles that value irony, obfuscation, or cleverness. That is true. Ultimately, though, I felt that being challenged to say something in our poems, to defend and communicate our ideas (rather than just our aesthetic choices) improved the poems of everyone in the class no matter their style. Gregg wasn’t impressed by a savvy, artful poem if she felt there was no “there there,” or that the poem was using style as a form of defense, but she also wasn’t ignorant of experimental forms or the important contributions of Modernism and its descendants. I remember one class in which a student was somewhat stridently defending his poem in which he’d used unconventional capitalization and punctuation for no apparent reason. He was arguing with Gregg based on an assumption that she didn’t like “experimental” work or know what young people were writing these days, and her response was something like “if you think this is experimental, you’re about 100 years too late.”

While I’ve had many accomplished and influential poetry mentors for whom I’m grateful, Linda Gregg is the mentor’s voice who I find most often in my head when I’m writing, and to whom I repeatedly turn as a model for my teaching. More than any other teacher I’ve had, she guided me not just in the craft of poetry but also in the life of poetry, giving me a way to integrate my early education that nurtured my love of language and the natural world with my adult life as an artist. Our friendship is now ten years old, and though I now have a clearer perspective on her flaws and graces than I did at the age of twenty-four when I first stepped into her class, her voice in my writing life continues to be profound. On the phone just yesterday, Linda reprimanded me for choosing not to submit a poem for a one-off workshop with Carl Phillips. When I explained to her that I was already getting a lot of feedback on my work these days, and anyway I didn’t have anything new to submit and didn’t want him to tear up a more “finished” poem, she told me this story: “Last night I was talking to Louise [her twin sister] on the phone and she was saying to me, ‘Linda, whenever I was in a new place I would look for someone that made me feel comfortable, a friend like myself to spend time with. But you, Linda, all through your life you always sought out the greatest poets to learn from.’ And she’s right,” Linda went on, “I never went out looking for approval, I always put myself in the way of something significant.”

Sarah Rose Nordgren is the author of Best Bones (University of Pittsburgh Press, 2014), winner of the Agnes Lynch Starrett Poetry Prize, and her poems and essays can be found in American Poetry Review, Ploughshares, The Kenyon Review, and Copper Nickel. Native to Durham, North Carolina, Nordgren is currently a doctoral student in poetry at the University of Cincinnati and an Associate Editor at 32 Poems. For more information, visit sarahrosenordgren.com.