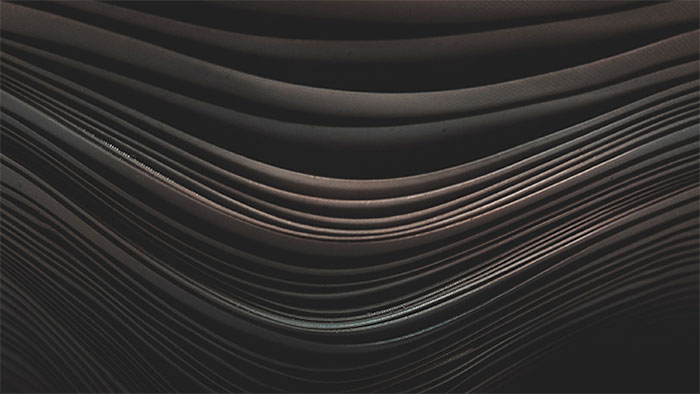 Then there’s the other kind. The sentences that cradle and fall. The lines that contain a kind of structural suspense. The syllabic apportionments that rush and ram and rinse. One has to read those sentences again. One has to wonder if one is reading right—if, perhaps, one needs another gauge.

The mind isn’t neat. Should sentences be?

She is sticky with stew and dust and so she goes back into the bathtub and then she goes into her almost-too-small pajamas and before she goes into the Pack ’n Play in the dark of the closet we scramble up onto the big bed with her milk and Goodnight Moon and I lean against the pillows with my knees up and she leans against my knees with her legs on either side of my waist and she begins to chat happily and conspiratorially to me in non-words, just babbling cheerfully like a brook. She puts her hands on my breasts and pulls at my shirt and pats my face and tells me all sorts of things I don’t understand and I think this is the happiest moment of my life not only because of the smile on her face the smallness of her body the love she communicates with her entire being but because of the almost erotic knowledge that soon she will be in bed, the whole evening ahead of me without her.1

If R. O. Kwon, in her debut, The Incendiaries, is less inclined to drop her commas, she is nonetheless in charge—breaking the rules to remake the rules. To read her is to submit to a verbal intimacy. Her words are thoughts, her words are sound, her words are a different way of seeing. I dare anyone to read sentences like these, below, and not check the sky for netted birds or, when in the presence of a played piano, to look for a song, which is not at all the same thing as listening for one.

Once, while hiking with my parents, I’d watched a starling flock in motion, the confusion of birds mobbing about like nets full of fish until they’d lifted, all at once, shape-shifting into a braided coil that flung, agile, whip-tight, into the horizon. Pests, my father said—practical, as usual. But I’d thought it an astonishing sight, God’s design made visible, and that was what Phoebe’s playing felt like: the flight of notes rising into shape, a large purpose made plain.2

What happens in Kwon’s mind happens in ours. We are not left merely admiring this writer’s imagination; we have been implicated by it. It’s the ease with which Kwon moves from one enchantment to the other, the boundary-less-ness of the metaphors, the rapture of ephemera twice (and in such close proximity) made visible that summons our attention. Kwon’s sentences bend and loop; they tick at their own pace.

Ordinary language, ordinarily paced, ordinarily conferring, suggests that life is ordinary. It is not. Viewed through an appropriately skewed lens, everything is or could be a startle, and isn’t that the point of a story? Isn’t that just what we want? Not what we know, but what don’t. Not what we’ve seen, but what we surely haven’t.

In Ali Smith’s Autumn, the words trouble and spill, they rear and recede. From the novel’s first page:

It was the worst of times, it was the worst of times. Again. That’s the thing about things. They fall apart, always have, always will, it’s in their nature. So an old old man washes up on a shore. He looks like a punctured football with its stitching split, the leather kind that people kicked a hundred years ago. The sea’s been rough. It has taken the shirt off his back; naked as the day I was born are the words in the head he moves on its neck, but it hurts to. So try not to move the head. What’s this in his mouth, grit? it’s sand, it’s under his tongue, he can feel it, he can hear it grinding when his teeth move against each other, singing its sand-song: I’m ground so small, but in the end I’m all, I’m softer if I’m underneath you when you fall, in sun I glitter, wind heaps me over litter, put a message in a bottle…3

This is a crooked start if ever there was one. It is not grammatically proper, it’s a shade obscure, it appears to waffle on point of view—or does it? Who is the he and who is the I and how long is that sand song going to go on? Please. Where are the instructions for reading this novel? Where’s the easy, tidy shoulder of a wooden ruler when you need one—something to lean against, something to straighten up the mess of all this unexpected spill? Oh. That’s right. It’s the reader who is the measure. The reader whose job it has just become to work out the logic of Autumn. The further we read, the more pleased we are with the assignment.

In Alyson Hagy’s Scribe, “The creek banks were whiskered with a nickel-shine frost, and she could smell the cooking fires laid down by the ones who called themselves the Uninvited,”4 and “Hendricks looked at her with eyes the color of shed snakeskin. She could hear some kind of emotion emulsify in the tube of his throat.”5 Whiskered creek banks? Shed snakeskin? You have to stop, but you will stop for this, you will arrive at Hagy’s point, you will be rewarded by the knuckled-into prose, the strange allusions in a stranger tale, a dystopia in other-century clothes: “It was all a writer could do: lay out the consequences of a person’s choices.”

All a writer could do. All a writer must do. Even within the frame of a novel about a census taker, a novel that is rich in bureaucratic shill, Census, Jesse Ball breaks form to pile phrase upon so that a dying man who loves his son with Down syndrome can convey the shape of love. It’s not the words here that are big. It’s the barely broken succession of familiar things that yield an unfamiliar. The narrator—that dying father—has paused (as he does throughout) to consider the son who is traveling beside him on this last journey of shared life:

It is certainly true that at all times the world is fascinating. At all times all parts of the world are eternally fascinating. There is no legitimate rubric that could be used to choose the doing of one thing over the doing of any other. So when he chooses to simply observe this or that, and, I presume, leap out of his heart into some empathy with the thing observed, whether it is a Ferris wheel or a tortoise, I have never been capable of objecting, and certainly, I have never sought to change what is essentially to my eyes, a basic resourcefulness that finds at any moment something profound.6

Had Ball been conforming to the “expected” he might have whittled away that first sentence, or straightened out some of these lines, or made it easier for the reader to move from one thing to another—but that is not the point. The point is that, in real life, much of the time, we don’t know what we think until we work hard against the thought. We scrape against it. It scrapes against us. It looks like the conglomerated passage above. Phrase upon phrase upon phrase. Plain, and plainly bungling, and plainly urgent.

Small words can notch a variance. Small words can waver. And so I end with Sally Rooney’s Conversations with Friends, a novel that is beguiling for all the ways it is never what it seems to be becoming. It seems, at first, to be a book about two college-age friends (and former lovers) who enter the orbit of a husband and wife who are both older and more established and better (or not) at playing social games. The novel is peppered with “how to read me” language. Mostly those descriptors come in pairs: “droll and indifferent,”7 “irrational and sensuous,”8 “elliptical and somehow fraught.”9 Rooney’s characters cocoon themselves within an ironic distance that will (with seismic repercussions) snap. It is simple, simple, never simple. And whenever the language appears to be on good behavior, it happily is not:

I had the sense that something in my life had ended, my image of myself as a whole or normal person maybe. I realized my life would be full of mundane physical suffering, and that there was nothing special about it. Suffering wouldn’t make me special, and pretending not to suffer wouldn’t make me special. Talking about it, or even writing about it, would not transform the suffering into something useful. Nothing would.10

Is it true? This thing about suffering—is it heraldic? Had Rooney bent her sentences less flagrantly, would we have been so provoked? Would we be less ashamed about our own suffering? What have Rooney’s crooked sentences forced us to ask ourselves?

Break the rules to crush (heartbreakingly) the story. Deny the conventions to batter new ones.

Beth Kephart is the award-winning author of two dozen books, an award-winning teacher at the University of Pennsylvania, and the co-founder of Juncture Workshops. Her new book is Strike the Empty: Notes for Readers, Writers, and Teachers of Memoir. She can be found at bethkephartbooks.com.