To Raise a Reader 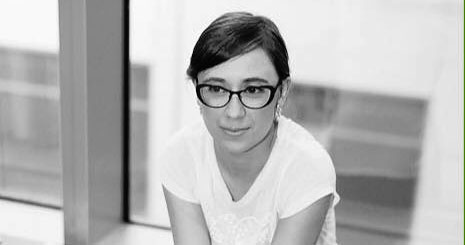 My parents were very young when I was born. My mother was twenty-three and hadn’t finished her degree in international trade yet. With just her final dissertation to write and my father starting his career as a ship broker and having to travel all the time, she was prepared to drop out of college in order to raise me. My grandmother, whose intelligence shone through her every sentence though her father hadn’t allowed her to go to college, promised to look after me so that my mother could graduate.

So I spent a lot of time in the big house where my grandparents lived, an art deco house with black tiled floors and an interior garden in the north of Bogotá, until my mother graduated when I was two years old. I did spend a lot of time with my grandmother after that, too. My brother suffered from asthma, and my parents would regularly rush me to her house in the middle of the night on their way to the hospital with him wheezing in the back seat.

My grandmother was a terrific card player and a talented painter, but her strong suit was not rolling around in the grass with small children. As a consequence, a lot of my time with her was spent watching films on her Betamax: Fantasia, Pollyanna, and a film I loved where two children befriended a community of gnomes in pastel. That filmic universe turned me into a hardcore TV addict.It was the 1980s, a time before on-demand streaming, before cable TV. Back then, in Colombia we only had three TV channels that would broadcast a bouncy song with bouncy animated children cleaning their teeth and falling asleep at 8 p.m.; that broadcast would end for good after the news, leaving all channels to transmit white noise until the morning broadcast. I would occasionally get out of bed at two or three in the morning, and, failing to get my parents to get out of bed and play with me, I would turn the TV in their room on and stare at the black and white dots fighting each other on the vacant screen.

When given the choice to do anything at all on a weekend, I would always prefer to stay in and watch TV. Coming home from school, I would always remain glued to the TV screen until supper. By the time I was about eight or nine years old, my father was annoyed beyond measure. One Saturday afternoon he lost his temper for the first time in my short life, barked at me to get in the car, and drove to the only bookstore specializing in children’s literature.

As we walked in, he knelt down on the ground in front of me so he could look into my eyes as he spoke. “I will buy you a book today. When you’re done reading it, we will come back and I will buy you another. I promise I will always buy you another book when you’re done reading, as long as I have money for it.” I remember his words with the same immediacy as I remember the book. It was an illustrated volume about Colombian butterflies that I devoured sitting in his black leather armchair that very afternoon. We came back the following Saturday and the one after that.

By the time I was a teenager, my father would drive me to the bookshop and leave me there. I would walk through the aisles as if in a supermarket, collecting books as I went along until the pile of books was high enough to fit between my hands and my chin, with my arms outstretched. He would return and pay for my books, which I would read on weekends, during school holidays, in buses, and during recess and family birthday celebrations.

Books became my refuge from the bullying girls in my all-girl Catholic school. I was surrounded by graceful swans with lush, long hair. I became shy and insecure: I felt like an orangutan trying to thread a needle when watching them gracefully fix their hair and line their eyes. They’d go out during breaks and sit in circles in the grass. I would remain behind in the classroom, reading Phillip K. Dick and Jean Cocteau. They had boyfriends; I had a literature teacher who read my essays out loud in class and called me José Asunción because I have the same surname as that Colombian nineteenth century poet.

When I graduated high school, I sat down with my parents and told them I had decided to study literature. “What? Literature?” gasped my father.

They urged me to study business administration so that I could become a broker like my dad and inherit the business he and my mother had spent twenty years building. I wasn’t interested. I retorted I didn’t understand why they were so surprised: after all, my love of books was entirely their fault. I told them I would love to teach and I didn’t care whether I got a rich husband or not and that I would be a miserable and incompetent business administrator. After six months of arguing, they conceded defeat and allowed me to enroll in the literature program at university with nine other outcasts from other schools. By the time I graduated there were only three of us left. One of them became a chef. I don’t know what happened to the other.

In the end, I never knew what I wanted to do with a literature degree: I just wanted unlimited permission to read. I don’t think my dad ever imagined I’d decide to become a professional reader when all he thought he was doing was keeping me from turning his telly on to white noise at crazy o’clock. I have renewed my father’s promise to my seven-year-old son. When I brought home The Incredible Book Eating Boy by Oliver Jeffers, he said “Mum, he is just exactly like you.” While I never got the rich husband, I did work as a teacher. I have worked in different cultural avenues during the past sixteen years, and it is only now, as I’m about to turn forty, that I know what all that reading was for: I’m writing my first book.

Paula Silva graduated with honors from the literature program at Universidad de Los Andes in 2003, went on to earn an MA in visual culture at Goldsmiths College (University of London), and has managed the arts program for the British Council in Colombia since 2008. She is a curator and contemporary art critic who on two occasions has been a finalist for the National Art Criticism Award. She is a survivor of psychological abuse and a single mother. She is currently writing a memoir about this experience, her unlikely friendship with her abuser's second victim, her fight to protect her child against abuse, and the inefficiencies of the Colombian family justice system.