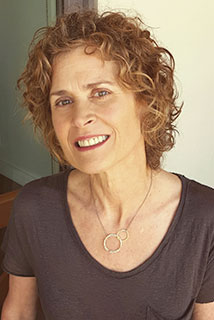 About:Peg Alford Pursell is the author of the forthcoming book of flash and hybrid prose, Show Her a Flower, a Bird, a Shadow (ELJ Editions). Her work has been published in the Journal of Compressed Arts, RHINO, and Forklift Ohio, among others, and shortlisted for the Flannery O’Connor Award. She founded and curates the reading series Why There Are Words in the Bay Area, and directs the expanded series in its five other US city locations, and is the executive director and founder of WTAW Press, an independent publisher of literary books.  http://www.pegalfordpursell.com

Find Peg in the Directory of Members

When do you find time to write?
I make the time. I’ve learned the hard way that if I’m not writing, I’m not really inhabiting myself, and if I’m not doing that, I’m not fit company! I write every day first thing, around 5:30 a.m. It took me many years to train myself to do that. I’d always been a person who wrote late at night, a habit I developed no doubt because of life circumstances, one that probably many mothers share, or have shared, of waiting until the children’s needs are met and the kids are in bed. When I pursued my MFA at the Warren Wilson MFA Program for Writers, that’s how it went. By day (and night) I worked as a public education teacher and single mother, attending to all the duties therein: making sure that we all ate and had clean clothes to wear, paying the utility bills, overseeing homework, grading papers and preparing lessons, etc. I ran no less than six miles a day! I had to, to burn off the adrenaline. So, beginning around 9:30 to maybe as late as 11:00 p.m., I wrote. And read. And wrote. The MFA Program was rigorous, rightly so. But those late hours, that was my writing time. I’m not the same person or writer as in those days, but it took a lot for me to become accustomed to making the first true activity of the day my time for writing. I didn’t think my mind or brain could ever function that way, and was highly uncomfortable making myself write first thing. Now I’ve been doing this for about five or six years and I can’t imagine anything else. So maybe I’ll have to change that up again sometime soon! The important point is that I know I need to write, and I have suffered immeasurably when I haven’t, and I believe it’s important that I do if I’m to be the best editor and advocate I can be for other writers—which is what I truly want. So I make sure that I write.

To describe my writing process, I would add:
Often, I begin by reading poems. Particularly when I’m in a generative mode. I read and something arrests me, something happens and I start jotting stuff down longhand. I let it go where it will go, and I love the process of discovery when long after—weeks, months—I read those jottings and begin transcribing them on my laptop. Sometimes the generative mode is one I need for a work in progress, and that feels (and is) different. Somewhere my mind knows that I’m working toward furthering or deepening something in process. Sometimes with a work in progress, I go straight to the work, no reading; I know what I want to do or need to do that day. I like to have several works in progress, varied, and in varying stages of development, and I like to feel the exhilarating freedom of coming up with something brand new, so I try to keep all of that going. I can’t write while listening to music. It affects my ear, I suppose. After years of working within the highly energized atmosphere that accompanies kids, I bask in the luxury of quiet and the resulting ability to truly hear a line, the sound of certain words. If the birds outside my window grow too boisterous, as sometimes happens with the redwood in my yard, my writing ends for the day. That’s not necessarily a complaint.

Would you like to share a project you are currently working on?
My life is rich with projects! I’m preparing for the publication of my first book in early 2017 (Show Her a Flower, a Bird, a Shadow, ELJ Editions), planning out my schedule for readings across the country, and timing those readings with visits to the five new city sites of the Why There Are Words Literary Reading Series—New York City, Pittsburgh, Austin, Portland, and closer to home, Los Angeles. The expansion of the reading series across the country is another project in and of itself, a brilliant one mainly because of the five brilliant coordinators of each city’s series. Then there’s the project of founding WTAW Press, crowdsourcing its startup funds, and more exciting, reading the amazing manuscripts the Press received during its open submission period that closed just a month ago (September 15) and doing the difficult job of selecting only two inaugural titles from these amazing submissions.

What does your office look like?
I’ve recently added a second desk to my “office”—which is a little room in my house that in other houses would be the guest room—and the purpose of this new desk is to provide a place to work since the top of my desk is covered. I recently took comfort from a published research study that essentially extolled the virtues of the “messy” desk (actually, I can easily locate anything I need to put my hands on among the stacks), as said desks are indicative of the highly creative mind. Sure, I know that research can back up almost anything, but I’m going along with this one.

What is the importance of having partnerships in the literary community and with other nonprofits?
This almost seems like a trick question! If it’s possible to create and build a rich literary community that stands alone in isolation, one that keeps a person inspired and able to truly do good work, that’s news to me. Literary community is all about the community. What can you provide for your community? I’ve made it an essential part of WTAW to collaborate with others because it’s so energizing not just for the community but for me personally. The WTAW reading series has featured readings curated by other literary journals such as RHINO, ZYZZYVA, and The Fabulist, to name a few, and those events have been so inspiring. Now, WTAW Press will share a table at the 2017 AWP Conference & Bookfair in DC with the Napa Valley Writers’ Conference, and I can’t wait to see what will arise from the shared experience.

Why did you decide to join AWP?
I joined AWP many years ago, just after I finished my MFA program, because the then-director of the program thought highly of the AWP endeavor. This was so long ago that it’s difficult to remember all the particulars, but I trusted his perspective—it was an easy choice to make. Much changed for me personally over the years between then and 2011 when I rejoined AWP. But that’s the topic of a potentially compelling memoir! When I rejoined in 2011, I wanted to curate a panel of readers for the 2012 conference in Chicago, with the idea of providing a different audience for the authors. So, in other words, I recognized the value inherent in the AWP conferences, and have continued to curate readings either as part of the conference proper or offsite, and I’ve never been disappointed about the results.

What is your favorite AWP Conference memory?
Maybe it’s the time at the vodka bar in Chicago with David Sherwin and Mary Paynter Sherwin when, over blackberry-infused vodka, they filled me in on their roles in the early days of AWP. They claimed they always knew AWP would be big. Or maybe it’s the very, very early conference in Atlanta, when I was at a restaurant in Little Five Points and suddenly a large, brawny (less than 1% body fat) man flew in through the open window in an attempt to throttle the waiter taking my lunch order. Something to do with a girlfriend, as can often be the case. I always thought I would get a good story out of that happening, my writing self primed as it was by the AWP conference. And maybe I have.

What is you favorite line from a book?
My current favorite is:
I owe so much / to those I don’t love from Wislawa Szymborska’s “A ‘Thank You’ Note.”