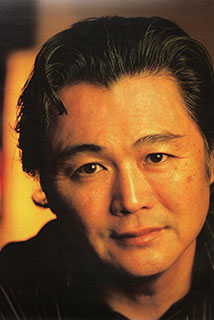 About: David Mura has written two memoirs, Turning Japanese (Oakland PEN Book Award, NY Times Notable Book) and Where the Body Meets Memory; the novel Famous Suicides of the Japanese Empire; and four books of poetry, most recently The Last Incantations. His book on creative writing, A Stranger's Journey: Race, Identity and Narrative Craft in Writing, will be published spring 2018 by U. of Georgia Press. He has taught at the Loft, VONA, and the Stonecoast MFA.

Find David in the Directory of Members

If you could require all of your students to read only one book, which would it be? What are you reading right now?
James Baldwin's Collected Essays. I'm rereading (his essays) for a course I'm teaching on Baldwin in the Fall. His reading of race in America remains essential, particularly his critique of the psychic denial that is still a debilitating legacy of our history.

What is the best writing advice that you dispense to your students?
My advice for writer's block, borrowed from William Stafford: "Lower your standards." I recall one graduate of the Iowa MFA program praising an instructor who critiqued her work so severely she didn't write for two years. That to me is malpractice. You can't improve your writing by not writing. As someone who was kicked out of an English Ph.D. program for seven incompletes, I had to learn how to break through writer's block.

Can writing be taught? Why does creative writing belong in the academy?
What can be taught: technique, principles, the process of creativity, how to read like a writer and a critic, essential literary works. What can't be taught of course is talent. But one can have talent and if one lacks certain tools that can hold one back. Picasso at 12 could draw like a master draftsman; it took Cezanne till he was forty to learn that skill. But once he had acquired it he then had the tools to become Cezanne.

What do your books look like once you’ve finished reading them? Do they have broken spines and dog-eared pages? Notes in the margins? Or do they still look brand new?
My prose books are generally underlined and dog-eared. Poetry I leave unblemished.

Do you feel influenced by your peers to produce a certain type of creative work, or do you feel free to follow your own interests and passions?
Oftentimes, the charge of political correctness is simply the way the status quo defends itself as an objective, neutral, uninterested stance—that is, the charge is often a defense of power which works by accusing the challenge to power as subjective, partisan, and restrictive. That said, there are times when I feel the machinery of outrage can hinder explorations in areas like race or sexuality, both of which I write a lot about.

What is the greatest compliment that you could ever receive about your writing?
One well-known younger writer told me that reading my memoir Turning Japanese helped give him the courage to tell his own truth.

Would you like to share a project you are currently working on?
I’m finishing up revisions on a book on creative writing, A Stranger’s Journey: Race, Identity and Narrative Craft in Writing. A significant portion of the book examines how the basic structures of story work in fiction and memoir. At the same time, the book opens, as do almost all my writing courses, with an examination of identity. The question of identity then leads to the areas of race and ethnicity. It’s ridiculous that so many students of color in MFA programs have had to endure classes and instructors where the literature, history, and experiences of people of color are neglected or occluded.

What is your favorite line from a book?
Currently it's this Baldwin quotation from his essay "Stranger in the Village": “People who shut their eyes to reality invite their own destruction, and anyone who insists on remaining in a state of innocence long after that innocence is dead turns himself into a monster.”

What was the first book that you loved? The first book that you hated?
I grew up in a Jewish suburb of Chicago, and my favorite book in high school was Philip Roth’s Goodbye, Columbus, with its novella about a young working class Jewish man and his doomed relationships with an upper-middle-class suburban Jewish Radcliffe student. That was as close to capturing my feelings of being an outsider as I could find back then. First book hated: My English teacher made me read A Portrait of a Lady as a freshman in high school because I wanted to get into honors English. (I did later come to appreciate the book, even as I continue to resent that teacher’s mocking of my desire to get into honors.)

How has AWP helped you in your career and/or creative endeavors?
Though some complain about certain aspects of the annual conference, I find it useful to learn what's going in the field. Just as importantly, I connect with so many friends and colleagues I wouldn't otherwise be able to meet with. This last AWP I had several interesting conversations about sexuality and men of color.

What is your favorite AWP conference memory?
Every year I have a meal with the poet Tim Seibles, with whom I went to graduate school. Over the years we’ve witnessed how we each have developed as writers and as people; that shared history is something I cherish.