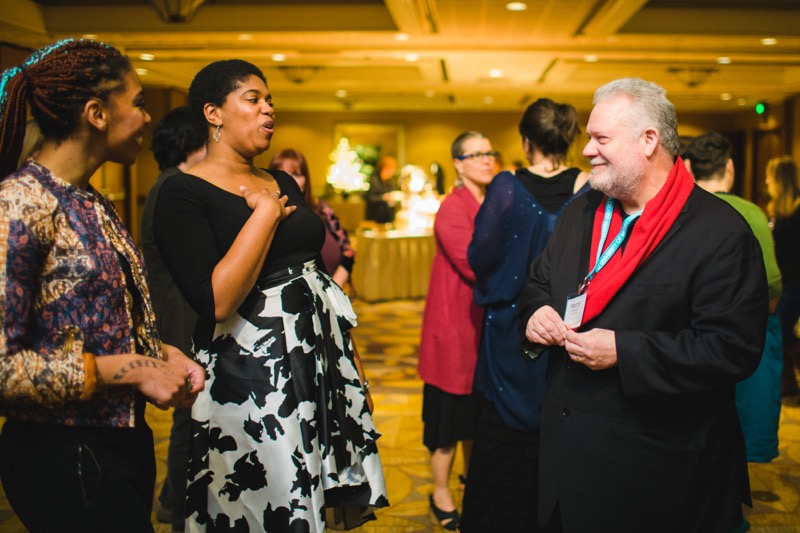 “The AWP Award Series has created an extraordinary treasure trove of books that will continue to be read as long as there are readers. Donors to AWP’s endowments help us change writers’ lives and preserve an irreplaceable literary legacy.”

Started by AWP Board President Emeritus Martin Lammon, the prize honors Donald Hall, former US poet laureate and a remarkable teacher and mentor. The endowment provides funding for the $5,500 Donald Hall Prize for Poetry and publication by University of Pittsburg Press.

Donate to the Donald Hall Endowment

Spearheaded by writer Gerry LaFemina when he served on the AWP Board, the prize honors Grace Paley, “one of the great writers of voice in the twentieth century.” The endowment funds a $5,500 prize for short fiction and publication of a short story collection by Red Hen.

Donate to the Grace Paley Endowment

Sue William Silverman received the AWP Prize in Creative Nonfiction in 1995. She says, “A literary memoir is turning life into art. I now had credentials to make this claim: not only for me, but for the genre itself.” The endowment she started funds a $2,500 award for a work of creative nonfiction and publication by the University of Georgia Press.

The AWP Board of Directors invites you to join us in supporting these endowments. With an emphasis on recognizing diversity and offering a platform for new voices, the AWP Award Series enriches our literary landscape year after year. Thank you for your generosity.


All donations to the Award Series Endowments are fully tax-deductible.

Interested in creating an endowment to build a legacy? We are happy to talk with you about our existing endowments as well as planned giving. Contact Executive Director Cynthia Sherman at cynthia@awpwriter.org